Over the past few years Germany has become a "country of benefactors". In lots of places citizens are engaged in voluntary work for their city and the community. They come up with new ideas with regard to the future of their cities and turn their intentions into reality in non-profit projects. The role of civic foundations in this is growing. As foundations “by citizens for citizens” they are crystallization points for civic commitment. 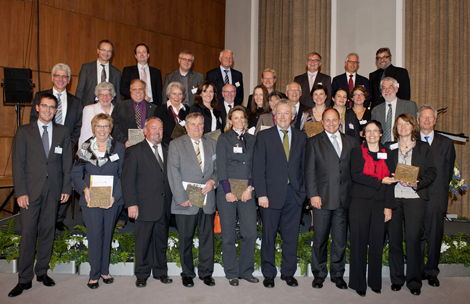 Civic foundations are not intended to replace the state and assume sovereign tasks or discharge duties of general interest. However, independently they provide additional structures for the community. With a view to strengthening a culture of recognition in cities and communities and revealing the scope of civic commitment, in 2011 and 2013 the Federal Ministry for Transport, Building, and Urban Development, the federal states, leading municipal associations and the Association of German Foundations collectively awarded the National Urban Development Policy Civic Foundation Prize. This way civic foundations are also intended to be made even better known as a partner in urban development.