Gerolstein „Elderly People in the Town“

Flats suitable for elderly people and rooms for outpatient services, socio-cultural opportunities and a communication centre were created by converting a former school and building new buildings. This improved the quality of life of elderly people in Gerolstein. 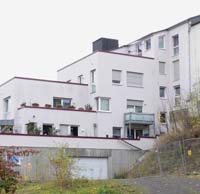 Gerolstein (pop. 7,600) is a town in rural Eifel. 12 further communities belong to the Gerolstein community association. A total of 14,600 people live there. As a medium-sized centre, Gerolstein has a good range of shops and services.

In the 1980s, there was increasing discussion about the living conditions for elderly people in the community and consideration was given to building an old people's home. In place of an inpatient facility, new concepts came to the fore as part of a model plan (1989 to 1992) in the federal research programme "Experimenteller Wohnungs- und Städtebau - ExWoSt" (Experimental Housing and Urban Development) and its research project "Elderly People and their Neighbourhood". 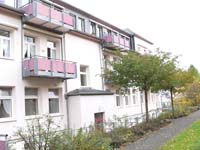 With the conversion of a former school in Gerolstein into the senior citizens' centre "St. Josef", a long planning and consultation process came to an end. An outpatient aid centre operated by Caritas was set up in the building's basement. It is responsible for the support and care of elderly people in the Gerolstein community association and also for the communities of Hillesheim and Obere Kyll. This centre, run on a voluntary basis, also acts as a counselling and coordination office and offers the services of a social station. This involves the care and support of elderly people and forms an agency for home helps and "Meals on Wheels". The German Red Cross is responsible for the home emergency call service.

The ground floor is intended for public use. This is funded by the community. There is a large hall, a kitchen and a smaller room, the 'Raderstube'. The hall is currently being rented out to an education institute. The income from this flows into the senior citizen work.

There are 8 rental flats owned by the community in the two upper storeys. The other flats are privately owned and either occupied by elderly owners themselves or are rented out to elderly people. A lift was installed in a tower at the front of the house. The open areas around the house, such as the terrace, green areas and parking spaces, were landscaped in 1998/99.

Furthermore, consideration was also given to the needs of elderly people in the renewal of the open public spaces in the town. For example, stairways were adapted, kerbs lowered and public lifts and benches provided. 30 flats suitable for elderly people were additionally built near to the senior citizens' centre with the support of the city council.

The project was carried out in close cooperation with politicians, the city administration and citizens. Committees representing the needs of elderly people in the community accompanied the measures. A working group was initiated right from the conception phase to provide counselling and support. This later became a formal committee called "Ältere Menschen" (elderly people).

An elected senior citizens' advisory council collaborated on the basis of the senior citizen work which accompanies the building measures and promotes the interests of elderly people, organises events and courses.

In the senior citizens' centre "St. Josef", the 'Raderstube' is used twice a week in the afternoons by a senior citizens' promotional organisation. This club also organises other events and is responsible for the maintenance and running of the senior citizens' bus, which is popular among elderly people for events. The funding of the project was made possible by programmes organised by the federal state and contributions from the town itself. A funding partner was found for building and social aspects. The building costs amounted to around 2.3 million DM. In Pelm, a village near Gerolstein which belongs to the community association, there is an old people's care home which will move to Gerolstein in 2007 and thus be extended. There are also plans to establish sheltered housing there. 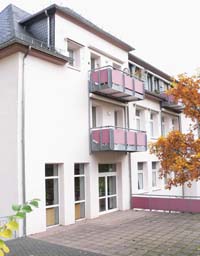 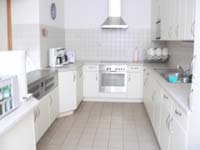 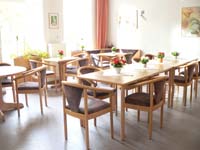 Gerolstein has adapted to the new requirements of demographic change early. The community developed and implemented an extensive concept for communal work with senior citizens. The activation of potential and cooperation partners has been achieved. Citizens' commitment to continuous work with senior citizens is one of the outstanding features of this project.

Record inserted on 15.11.2007 by the Federal Institute for Research on Building, Urban Affairs and Spatial Development (BBSR) within the Federal Office for Building and Regional Planning (BBR).